(1832-1919). Famous chemist, and member of The Theosophical Society (TS). William Crookes is mentioned in almost every chemistry textbook today as an important scientist who contributed in many significant ways to the end of classical chemistry and who helped usher in the beginning of quantum chemistry. Crookes also made a number of contributions that are studied in physics textbooks, such as the Crookes dark space in gas discharge tubes. Even though chemistry and physics have moved far beyond the science of Crookes, he still merits, if not a short description of his contribution to science, at least a footnote in present-day textbooks. Less known are Crookes’s investigations of the paranormal and his membership in the Theosophical Society.

Crookes and His Education. By all accounts, Crookes was a brilliant and innovative chemist and physicist. He was also a self-made man who in his later years became president of the Royal Society in England. Such an honor would he considered today as the crowning glory to a scientific career. William Crookes was born on June 17, 1832, in London and died there on April 4, 1919. He was the eldest son of sixteen children. Probably because he was the eldest in a large family, his schooling was irregular. However, with his intellectual drive and curiosity, he succeeded in becoming a student of A. W. von Hofmann at the Royal College of Chemistry in London. He received the Ashburton Scholarship from 1850 to 1854 and during those years served as Hofmann’s personal assistant.

At that time, Crookes also came to the attention of several famous scientists, such as Charles Wheatstone and George Stokes. Anyone who has taken a general physics course may recall using a Wheatstone Bridge to check the resistance of a circuit or Stokes Law for calculating luminescence and radiation. However, the most important person who influenced Crookes was Michael Faraday.

Michael Faraday was a brilliant experimentalist whose lecturing ability was known far and wide. In his experimental work habits he was known to be scrupulously organized and in all his work to be orderly. From today’s scientific viewpoint, he had one defect that would probably bar him from graduating from any institution in the field of science: he was quite ignorant of mathematics. It seems that Crookes modeled himself after Faraday, so mathematical deficiency did not weigh against him at that time.

Crookes and His Career. Upon graduating, Crookes began his career as a scientist in 1854 as superintendent of the meteorological department at the Radcliffe Observatory in Oxford. In 1855 he moved to the College of Science at Chester, where he taught chemistry. Then in 1856 he settled in London as a freelance chemical consultant and editor of several journals. One of those journals was the well known Chemical News. Also, in 1856 he married and eventually fathered ten children.

Crookes seemed to believe that all pure scientific research would lead to financial rewards. This perhaps explains why his scientific interests were so diversified. On the other hand with his large family to support, he needed a good income, which explains his interest in money. Crookes was ambitious in both science and business. That is one respect in which he and Michael Faraday were completely different.

Crookes the Scientist. During the 1850’s, Crookes experimented with the conduction of electricity through gases in a glass tube. Today we would call this a fluorescent light tube. It was also the precursor to modern television tubes. Interest in these “electrical discharge tubes” reached a peak in 1879 when Crookes gave a series of novel demonstrations. Using about twelve different tubes, he illustrated features that were previously unknown and gave one demonstration that produced rays to do mechanical work. In several tubes Crookes reduced the pressure to a millionth of an atmosphere, so that the discharge was no longer visible. He showed that matter in this rarefied state behaves in a special way. He called this “radiant matter” and announced it as a fourth ultra gaseous state of matter. It is this fourth state of matter that Madame Helena P. BLAVATSKY discussed in The Secret Doctrine. This matter is further considered below.

Also in the 1850’s Crookes immersed himself in the study that we now call spectroscopy. Rather than passing a light through a prism and thereby producing a continuous spectrum of color, a physicist can break this rainbow up and instead display brightly colored lines, which can be examined through the spectroscope. On March 5, 1861, Crookes found an anomalous bright green line, and on March 30 he announced the existence of a new element, which we call thallium. This discovery led to his election to the Royal Society in 1863.

In 1898, as president of the British Association, he used his office to warn the world that it was faced by starvation because of the failure of the wheat suppliers to keep abreast of increases in the population. He urged work in the area of new sources of fertilizers.

Toward the end of his life, Crookes studied what today we call radioactivity. His work in gas discharge tubes also brought him close to a discovery of x-rays before Roentgen. It appears that Crookes did not want to let any discovery slip by him.

Crookes and The Theosophical Society. How did William Crookes, this accomplished scientist working in conventional ways, become Crookes, the spiritualist investigator?

In 1867, following the death of a brother to whom he was devoted, Crookes was persuaded by a specialist in electricity and a spiritualist, C. F. Varley, to attend a seance. This opened up for Crookes an interest in the hidden side of nature. To him, it seemed natural to investigate in a scientific way psychic manifestations, and doing so in turn led him to the Theosophical Society.

C. F. Varley (whose life is summarized by Boris de Zirkoff in Blavatsky’s Collected Writings 1:529-30) was a fellow scientist. He was also a member of the Royal Society, elected in 1871, eight years after Crookes had become a member, but they doubtless knew one another even before becoming Fellows. Varley is remembered especially in association with the Atlantic cable. When the first cable failed, Varley figured out a way to overcome the problem, and this opened the way for the success of Trans-Atlantic telegraphy.

Varley’s interest in Spiritualism started around 1850. He experimented with the phenomenon of table-rapping and developed a method for detecting possible fraud on the part of the medium. Varley had numerous psychic experiences in his home, such as seeing apparitions. He also considered himself a “mesmeric healer.” His wife demonstrated clairvoyance and prophetic trances. Most important, Varley and his wife were on very friendly terms with Crookes; also with H. P. Blavatsky and Henry S. OLCOTT and took an active part in the work of the Theosophical Society (as shown by unpublished papers in the de Zirkoff archives of the Olcott Library and Research Center).

Crookes and HPB. Just how Crookes, Blavatsky, and Olcott became known to each other is not clear, although, as already suggested, the Varleys could have played a role. What is obvious is the importance that HPB placed on Crookes’s work, especially his scientific accomplishments. He is frequently cited and quoted in The Secret Doctrine (I:546-54, 580-7, 620-6). His work was summed up quite nicely in a talk before the Royal Institution on April 4, 1879, in which Crookes stated with prophetic insight:

In studying this Fourth State of Matter we seem at length to have within our grasp and obedient to our control the little indivisible particles which with good warrant are supposed to constitute the physical basis of the universe. . . . We have actually touched the borderland where Matter and Force seem to merge into one another, the shadowy realm between Known and Unknown, which for me has always had peculiar temptations. I venture to think that the greatest scientific problems of the future will find their solution in this Border Land, and even beyond; here, it seems to me, lie Ultimate Realities, subtle, far-reaching, wonderful. (quoted in de Zirkoff, The Dream that Never Dies, 1983, pp. 190-1)

This work by Crookes was a milestone in science. In 1897, J. J. Thomson demonstrated that Crookes’s “Fourth State of Radiant Matter” was in fact electrons.

You speak of Massey and Crookes. . . . We advise and never order. But we do influence individuals. . . . To say and point out to Edison and Crookes and Massey — would sound much like boasting of that which can never be proven. And Crookes — has he not brought science within our hail in his “radiant matter” discovery? What but occult research was it that led him first to that. [letter 48, chronological ed.; 47, 3d ed.]

So the great Mr. Crookes has placed one foot across the threshold for the sake of reading the Society’s papers? Well and wisely done, and really brave of him. Heretofore he was bold enough to take a similar step and loyal enough to truth to disappoint his colleagues by making his facts public. . . . We have no favourites, break no rules. If Mr. Crookes would penetrate Arcana beyond the corridors the tools of modern science have already excavated, let him — Try. [Letter 111, chronological ed.; 59, 3d ed.]

In The Letters of H. P. Blavatsky to A. P. Sinnett we read:

I never thought he [Crookes] was so learned — till I heard Master’s opinions about him and his aura. Master says, there is no one higher than him in chemistry in England, nor elsewhere except Butlerof [Russian chemist Aleksandr Mikhaylovich BUTLEROV] who is dead.

And elsewhere in HPB’s letters to Sinnett:

Mr. Crookes, Sir, preaches and teaches a very old Doctrine. I will of course lay his work and new discovery before the Master and Mah. K.H. and will let you have Their opinions. [224] 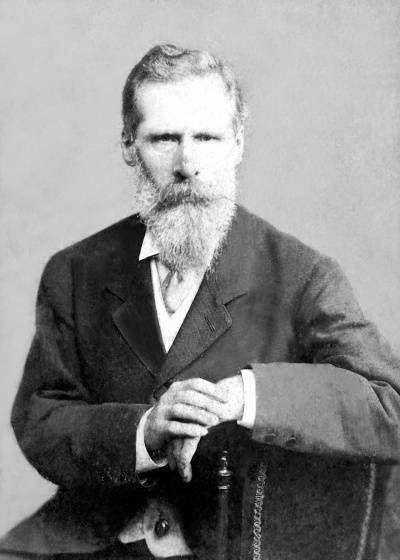