An Essay on the Founder of Simonianism

Based on the Ancient Sources

With a Re-Evaluation of His Philosophy and Teachings

Everybody in Christendom has heard of Simon, the magician, and how Peter, the apostle, rebuked him, as told in the narrative of the Acts of the Apostles. Many also have heard the legend of how at Rome this wicked sorcerer endeavoured to fly by aid of the demons, and how Peter caused him to fall headlong and thus miserably perish. And so most think that there is an end of the matter, and either cast their mite of pity or contempt at the memory of Simon, or laugh at the whole matter as the invention of superstition or the imagination of religious fanaticism, according as their respective beliefs may be in orthodoxy or materialism. This for the general. Students of theology and church history, on the other hand, have had a more difficult task set them in comparing and arranging the materials they have at their disposal, as found in the patristic writings and legendary records; and various theories have been put forward, not the least astonishing being the supposition that Simon was an alias for Paul, and that the Simon and Peter in the accounts of the fathers and in the narrative of the legends were simply concrete symbols to represent the two sides of the Pauline and Petrine controversies.

The first reason why I have ventured on this present enquiry is that Simon Magus is invariably mentioned by the heresiologists as the founder of the first heresy of the commonly-accepted Christian era, and is believed by them to have been the originator of those systems of religio-philosophy and theosophy which are now somewhat inaccurately classed together under the heading of Gnosticism. And though this assumption of the patristic heresiologists is entirely incorrect, as may be proved from their own works, it is nevertheless true that Simonianism is the first system that, as far as our present records go, came into conflict with what has been regarded as the orthodox stream of Christianity. A second reason is that I believe that Simon has been grossly misrepresented, and entirely misunderstood, by his orthodox opponents, whoever they were, in the first place, and also, in the second place, by those who have ignorantly and without enquiry copied from them. But my chief reason is that the present revival of theosophical enquiry throws a flood of light on Simon's teachings, whenever we can get anything approaching a first-hand statement of them, and shows that it was identical in its fundamentals with the Esoteric Philosophy of all the great religions of the world.

In this enquiry, I shall have to be slightly wearisome to some of my readers, for instead of giving a selection or even a paraphraze of the notices on Simon which we have from authenticated patristic sources, I shall furnish verbatim translations, and present a digest only of the unauthenticated legends. The growth of the Simonian legend must unfold itself before the reader in its native form as it comes from the pens of those who have constructed it. Repetitions will, therefore, be unavoidable in the marshalling of authorities, but they will be shown to be not without interest in the subsequent treatment of the subject, and at any rate we shall at least be on the sure ground of having before us all that has been said on the matter by the Church fathers. Having cited these authorities, I shall attempt to submit them to a critical examination, and so eliminate all accretions, hearsay and controversial opinions, and thus sift out what reliable residue is possible. Finally, my task will be to show that Simon taught a system of Theosophy, which instead of deserving our condemnation should rather excite our admiration, and that, instead of being a common impostor and impious perverter of public morality, his method was in many respects of the same nature as the methods of the theosophical movement of to-day, and deserves the study and consideration of all students of Theosophy.

This essay will, therefore, be divided into the following parts:

—A Review of Authorities.

—The Theosophy of Simon. 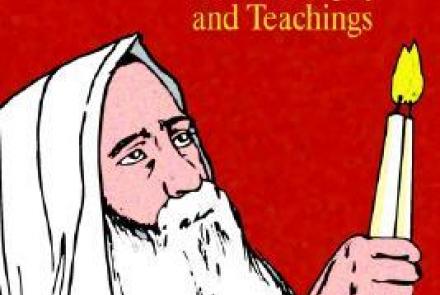