Divine love does not weigh down, nor carry his servant captive and enslaved to the lowest depths, but raises him, supports him and magnifies him above all liberty whatsoever.

In space there are countless constellations, suns and planets; we see only the suns because they give light; the planets remain invisible, for they are small and dark. There are also numberless earths circling around their suns...

I beg you, reject antiquity, tradition, faith, and authority! Let us begin anew by doubting everything we assume has been proven!

With luck on your side, you can do without brains.

There is no absolute up or down, as Aristotle taught; no absolute position in space; but the position of a body is relative to that of other bodies. Everywhere there is incessant relative change in position throughout the universe, and the observer is always at the center of things.

The fools of the world have been those who have established religions, ceremonies, laws, faith, rule of life.

The Divine Light is always in man, presenting itself to the senses and to the comprehension, but man rejects it.

Truth does not change because it is, or is not, believed by a majority of the people.

God is infinite, so His universe must be too. Thus is the excellence of God magnified and the greatness of His kingdom made manifest; He is glorified not in one, but in countless suns; not in a single earth, a single world, but in a thousand thousand, I say in an infinity of worlds.

They dispute not in order to find or even to seek Truth, but for victory, and to appear the more learned and strenuous upholders of a contrary opinion. Such persons should be avoided by all who have not a good breastplate of patience.

Time is the father of truth, its mother is our mind.

I need not instruct you of my belief: Time gives all and takes all away ; everything changes but nothing perishes ; One only is immutable, eternal and ever endures, one and the same with itself. With this philosophy my spirit grows, my mind expands. Whereof, how r ever obscure the night may be, I await daybreak, and they who dwell in day look for night Rejoice therefore, and keep whole, if you can, and return love for love.

It is proof of a base and low mind for one to wish to think with the masses or majority, merely because the majority is the majority. Truth does not change because it is, or is not, believed by a majority of the people.

When we consider the being and substance of that universe in which we are immutably set, we shall discover that neither we ourselves nor any substance doth suffer death. For nothing is in fact diminished in its substance, but all things, wandering through infinite space, undergo change of aspect.

If the first button of one's coat is wrongly buttoned, all the rest will be crooked.

The beginning, middle, and end of the birth, growth, and perfection of whatever we behold is from contraries, by contraries, and to contraries; and whatever contrariety is, there is action and reaction, there is motion, diversity, multitude, and order, there are degrees, succession and vicissitude.

Those wise men knew God to be in things, and Divinity to be latent in Nature, working and glowing differently in different subjects and succeeding through diverse physical forms, in certain arrangements, in making them participants in her, I say, in her being, in her life and intellect.

What can be more stupid than to be in pain about future things and absent ones which at present are not felt?

Why, I say, do so few understand and apprehend the internal power?... He who in himself sees all things, is all things.

Nature is none other than God in things... Animals and plants are living effects of Nature; Whence all of God is in all things... Think thus, of the sun in the crocus, in the narcissus, in the heliotrope, in the rooster, in the lion.

The gems of philosophy are not less precious because they are not understood.

I who am in the night will move into the day.

I fought, and therefore, believed in my victory. There is more to the fact that I didn't fear death and preferred a brave death instead of a life of an idiot. 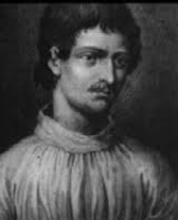