Nothing but an imperious intellectual and moral necessity can drive into doubt a religious mind, for it is as though an earthquake shook the foundations of the soul, and the very being quivers and sways under the shock.

Better remain silent, better not even think, if you are not prepared to act.

The true basis of morality is utility; that is, the adaptation of our actions to the promotion of the general welfare and happiness; the endeavour so to rule our lives that we may serve and bless mankind.

Socialism is the ideal state, but it can never be achieved while man is so selfish.

For centuries the leaders of Christian thought spoke of women as a necessary evil, and the greatest saints of the Church are those who despise women the most.

No soul that aspires can ever fail to rise; no heart that loves can ever be abandoned. Difficulties exist only that in overcoming them we may grow strong, and they who have suffered are able to save.

All men die. You may say: 'Is that encouraging?' Surely yes, for when a man dies, his blunders, which are of the form, all die with him, but the things in him that are part of the life never die, although the form be broken.

No philosophy, no religion, has ever brought so glad a message to the world as this good news of Atheism.

When we recognise that unity of all living things, then at once arises the question - how can we support this life of ours with least injury to the lives around us; how can we prevent our own life adding to the suffering of the world in which we live?

Quick condemnation of all that is not ours, of views with which we disagree, of ideas that do not attract us, is the sign of a narrow mind, of an uncultivated intelligence. Bigotry is always ignorant, and the wise boy, who will become the wise man, tries to understand and to see the truth in ideas with which he does not agree.

Premonitions, presentiments, the sensing of unseen presences and many allied experiences are due to the activity of the astral body and its reaction on the physical; their ever-increasing frequency is merely the result of its evolution among educated people.

You should always take a religion at its best and not at its worst, from its highest teachings and not from the lowest practices of some of its adherents.

Never forget that life can only be nobly inspired and rightly lived if you take it bravely and gallantly, as a splendid adventure in which you are setting out into an unknown country, to face many a danger, to meet many a joy, to find many a comrade, to win and lose many a battle.

The highest Hindu intellectual training was based on the practice of yoga, and produced, as its fruit, those marvellous philosophical systems, the six Darshanas and the Brahma Sutras, which are still the delight of scholars and the inspiration of occultists and mystics.

It is impossible for anyone who studies the life and character of the great Prophet of Arabia, who knows how he taught and how he lived, to feel anything but reverence for that mighty Prophet, o­ne of the great messengers of the Supreme. And although in what I put to you I shall say many things which may be familiar to many, yet I myself feel whenever I re-read them, a new way of admiration, a new sense of reverence for that mighty Arabian teacher.

I was a wife and mother, blameless in moral life, with a deep sense of duty and a proud self-respect; it was while I was this that doubt struck me, and while I was in the guarded circle of the home, with no dream of outside work or outside liberty, that I lost all faith in Christianity.

Theosophy has no code of morals, being itself the embodiment of the highest morality; it presents to its students the highest moral teachings of all religions, gathering the most fragrant blossoms from the gardens of the world-faiths.

Man is a spiritual intelligence, who has taken flesh with the object of gaining experience in worlds below the spiritual, in order that he may be able to master and to rule them, and in later ages take his place in the creative and directing hierarchies of the universe.

A common religion is not possible for India, but a recognition of a common basis for all religions, and the growth of a liberal, tolerant spirit in religious matters, are possible.

Refusal to believe until proof is given is a rational position; denial of all outside of our own limited experience is absurd.

Clairvoyants can see flashes of colour, constantly changing, in the aura that surrounds every person: each thought, each feeling, thus translating itself in the astral world, visible to the astral sight. 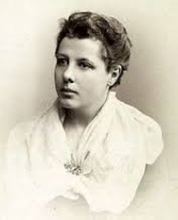