Murray Stentiford, has a wide knowledge of science and spirituality, music and social issues from a lifetime of work and interest in those fields. With a Masters degree in Physics, he has not only worked in a variety of scientific and engineering disciplines, but has played professionally on several musical instruments as well. Murray is a National speaker with the Theosophical Society in New Zealand and has held various roles within the Theosophical Society.

Murray delights in widening paradigms and building bridges between science and spirituality, consciousness and matter, and just about anything in sight. He has a special interest in meditational and energetic practices for the healing and transformation of people and other life forms on Earth, with a vision of Global Consciousness ever in mind. Another deep interest is the realm of non-physical creative intelligences in Nature, aka the deva/angelic kingdom, found in not only Theosophy but many cultures as an experiencable reality.

One of the highlights of Murray's life was to assist noted seer and writer Geoffrey Hodson in clairvoyant research projects on science and music. This will come up in his presentation for this series. "The crest wave of intellectual advancement must be taken hold of and guided into spirituality." - the '1900 letter' to Annie Besant from Master K.H. 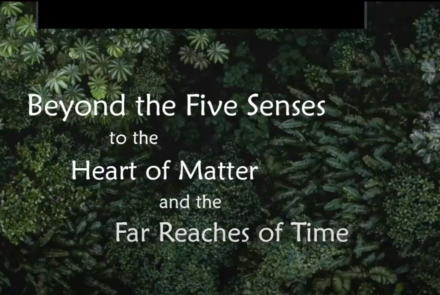