THE BUILDING OF CHARACTER

IN beginning this lecture, I want as a preliminary step to warn you with regard to the qualifications with which I am dealing, and the line of thought and of action which will be followed by those who are in the mystical position that I call " In the Outer Court ".

...Taking then that as a thing to be understood, let me remind you of the building of the character, which is to be a distinct and a positive building which this candidate in the Outer Court will set before himself; we have seen already that he is to have been in past lives a virtuous and a religious man, that is, that he will have already realized that nothing of absolute vice must have its place in him, that nothing of evil must be permitted to remain ; that if any seed of vice remain, it must at once be flung without, that if any tendencies towards positive evil are still there, they must be completely and entirely rooted out. Here in this Court there can be at least no compromise with evil, here there can be at least no paltering with that which is not right and pure and good. While there may still be failures in the achievement of the right, there is most definitely no contented remaining in the wrong; that has had the back of the aspirant definitely turned upon it, and all the grosser part of the nature will already have been eliminated, all the rougher part of the inner struggle will have been finished. Into the Court of the Temple utterly unhewn stones cannot be brought for the building ; the hewing must have been going on during many previous lives, much work must have been done upon the characters before they become fit to be built at all even in the Outer Court of such a Temple. 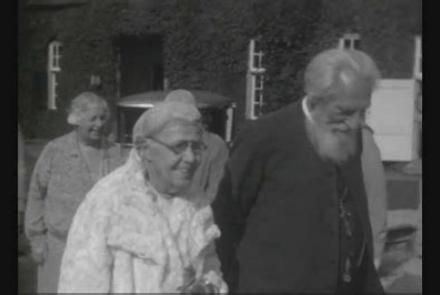