This fine account by Pedro Oliveira of the 1906 crisis in the Theosophical Society, in which the prominent Theosophist Charles Webster Leadbeater was accused of sexual teaching and perhaps practice deemed unacceptable by the Society’s leadership, is important not only for its contribution to Theosophical history, but also because it represents one response to a time of rapid change in the life of the world, above all in social and psychological attitudes. Good historical writing is not just the narrative of a certain slice of time, often a narrow slice. It also offers a window into an era and its people, for no one lives entirely apart from his or her times, whether in sympathy with its trends or in reaction against them. In most ways Theosophy in the first decade of the twentieth century was in sympathy with the trends. This was a period often called the Progressive era, when movements toward peace, feminism (including votes for women), the rights of workers, concern for animals (and vegetarianism), together with broad-mindedness toward the varied religions and cultures of the world (many of them then under imperial domination) were in the air.

Many Theosophists were in the forefront of these causes, and the Society itself, with its leadership by women as well as men (rarely seen in the conventional religions of the day), and its regard for world religions as repositories of the ancient wisdom, embodied them. The writings of Theosophists, beginning with H.P. Blavatsky, were moreover among the first to incorporate versions of Darwinian evolution into a spiritual worldview. However, in one area, sexuality, Theosophical thought remained firmly rooted in traditional values even in the era of bloomers and then flappers. Indeed, for some Theosophists, values went the other way: there were those, including married couples, who observed strict celibacy and considered sexual abstinence the royal road to the higher life.

C.W. Leadbeater himself, in The Masters and the Path, quotes from H. P. Blavatsky (herself drawing here from Eastern sources) to the effect that among the first rules of a chela or disciple was ‘Absolute mental and physical purity. ’The Victorian meaning of such “purity” would have been well understood; it was spelled out in a later rule to mean avoidance even of touching another living being, human or animal. This mentality no doubt had some roots in the rigid morality of the Victorian middle class, out of which demographic Theosophy had strong representation, and in certain medical opinions of the times, but owed even more in the literature of Eastern asceticism which Theosophists received enthusiastically. To its credit Theosophy did much to introduce Eastern spirituality to the rest of the world, but such strictures were not always suitable in a society without the traditions and monastic establishments of their homelands …. 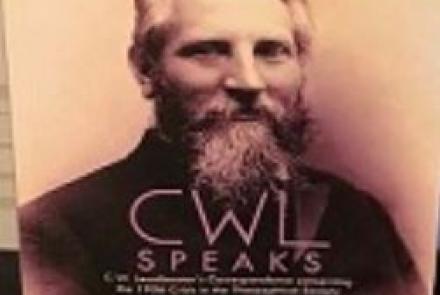