George Sydney Arundale (1878–1945) was an English Theosophist, educator, writer, and editor. He served as the third President of The Theosophical Society based in Adyar, India from 1934 to 1945.

Beginning in 1910, Arundale frequently addressed Theosophical Conventions. After a brief period as General Secretary of the Theosophical Society in England, 1915–16, he returned to India to assist Annie Besant in her political activities.

In 1927 he undertook a lengthy lecture tour in Europe and the United States; Mrs Arundale and he were the guests of honor at the American Convention that year, and participated in the dedication of the headquarters building that was then being completed. Each year from 1931 to 1934, he undertook such lecture tours, greatly vitalizing the Theosophical work in the countries he visited.

Below is the audio recording of one of his presentations.

Listen to: What is Theosophy 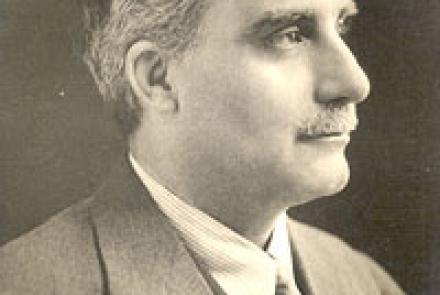