The Diagram of Meditation on this page is reproduced from The Inner Group Teachings of HPB, Henk Spierenburg, Point Loma
Publications, San Diego, 1985.
In 1887-88 Madame Blavatsky dictated a Diagram of Meditation to E. T. Sturdy. This Diagram is interesting to study and useful to try to follow in meditation — but also in daily life. Conceiving of Space and Time

But can we conceive of space and time existing without objects and events? If we can do so, then let us continue with this meditation!
We are to conceive of ‘Expansion in Space and Infinite in Time’, that is, we are to transcend the space and time familiar to us. This expansion and transcending lead to what may be thought of as the noumena of the phenomena of the limited space and time we know, that is, the root ideas or archetypes behind the appearance of space and time or mayavic space and time — indeed their Divine Source.
The noumenon of time is sometimes called Eternity. HPB spoke of ‘Duration’ in this connection. The noumenon of space is ‘the Eternal Parent’ or the Great Mother. There are some beautiful passages concerning Space in The Secret Doctrine: ‘What is that which was, is and will be, whether there is a Universe or not, whether there be gods or none?’ … And the answer made is — ‘Space’.[1] Here we have a reference to space without gods and so without objects of any kind. ‘That which ever is is one, that which ever was, is one, that which is ever being and becoming is also one and this is Space’.[2]
Let us not forget the object of this exercise, which is to conceive of Unity. But conceiving of expansion and infinity implies a widening, expanding process and we may think of Unity as a narrowing down. It depends on how we view Unity — that oneness which is also called ‘the Absolute’. Unity may seem to mean a narrowing down to a single point, which by definition has no dimensions. Like a ‘Black Hole’, things may seem to disappear in it. It is zero, a void, an emptiness. This is the path of ‘neti, neti’. By denying all we can know, we approach that which cannot be known. But if Unity implies an expansion to include all, it means we are viewing it as a sort of infinite sphere, again dimensionless in that it is beyond all dimensions. It is the Plenum, or fullness. This is the approach expounded here.
Considered as a plenum, infinite space includes all separate ‘spaces’, three dimensional and more —‘multi-dimensional’, ‘outer space’ and ‘inner space’, et cetera, in One Space. Considered as infinite time, Eternity includes all time, past, present and future, psychological time, the time of our dreams, et cetera, in One Infinite Time.
Unity implies of course both a void and a plenum. The Absolute is both. It is at once the circumference which is nowhere and the central point which is everywhere.
Space and time are always connected. For example, time has been considered the fourth dimension. So also, ultimately, infinite Space and Eternity are one. Space, the Great Mother, is the root of matter (mulaprakriti). Time is the setting for movement, the primordial movement being ‘the Great Breath’, the origin of Consciousness. Thus, by going back in thought to the origin of all objects in space, that is, the origin of substance or matter, and by going back in thought to the basis of all events in time, that is, the origin of the movement of consciousness or spirit, we approach the Unity of which they are aspects. According to the ‘First Fundamental Proposition’, when manifestation is to take place, the Absolute shows forth the two aspects of primordial matter and primordial spirit or consciousness.[3]

With or Without Self-Identification

A further element is now added to the meditation: We are to conceive of expanding space and the infinity beyond time either with or without self-identification. Thus, depending on our temperament, we may imagine infinite expansion (infinite Space) and infinity in time (Eternity or Duration) objectively, with no reference to ourselves, or subjectively, feeling ourselves to be infinite space and infinite time. The latter approach may remind us of the method expounded in Geoffrey Hodson´s ‘Yoga of Light’:
I am not the physical body,
I am the spiritual self.
I am not the emotions,
I am the spiritual self.
I am not the mind,
I am the spiritual self.
Thus, I am unlimited space, I am infinity. This approach is dangerous if we consciously or unconsciously identify the personality with the Spiritual Self. But we shall not do so if we are able to follow HPB´s further instruction: ‘The­re is no risk of self-delusion if the personality is deliberately forgotten.’ So the Meditation begins with inspiring concepts. It also ends with inspiring concepts, as we shall see.
Let us summarise what has been said so far. In this meditation we start with what we know: daily objects and daily events. Then we go behind or beyond such daily objects and events, to their sources in space and time respectively and to that of which these sources are but aspects. Thus, the beginning of the meditation is inspiring whether we identify ourselves with or lose ourselves in Infinite Space and Time.

All spiritual paths begin with inspiration, for example, the Christian Mystical Path begins with conversion: a turning about. All has change­d. Nothing can be the same again. Such inspiration is the beginning and the end of the spiritual path. As a beginning, it inspires us to go on. Even in times when that first inspiration seems to fade, the memory that ‘I have known’ may still draw us on towards the inconceivable goal, reflected in this case at the end of the meditation in the words: ‘I am all Space and Time’. We shall revert to this.
But between the beginning and the end of any spiritual Path, there lie much hard effort and many discouraging apparent failures. Let us look briefly at the hard work that comes after the initial inspiration and before the final Realisation.
This hard work and personal effort is divided into ‘Deprivations’ and ‘Acquisitions’, that is, what we must renounce or cease to do in thoug­ht and what we must do in thought respectively, akin to the yama-s and the niyama-s in Raja Yoga. Why ‘in thought’? Because thought precedes and results in action (although we may deceive ourselves in thought!). And thought is in itself an act.

The ‘Deprivations’ consist in ‘the constant refusal to think of the reality of’certain things. The things mentioned (which are all temporary and illusory or only relatively real) all imply possession. Thus the refusal to think of them as being real means non-attachment.
Thus the ‘Deprivations’ or renunciations mean refusing to think of the reality of:
These must, then, be realised to be unreal. This implies non-attachment at various levels of our experience and our being. If something is really perceived to be unreal, we shall no longer be attached to it.
The people to whom we are attached may include our relatives, our friends, those we revere, et cetera. We are also attached to certain places — where we were born, where we have been happy — and to certain times, perhaps ‘the good old times’ in the past or an imaginary ‘Golden Age’ in the future. Other attachments are to certain outer forms (objects or routines in our daily life), our possessions, our ‘little’ self and its sensations.
What do these types of attachment mean to us? They all cause an expansion of the personality. Possessing many things makes us feel bigger; they swell our personality. Likewise, having a large family or many friends causes our feeling of self to expand. Our sensations widen the scope of our perception, which may be a beautiful experience but at the same time may increase our feeling of self-importance. Thus we are attached in all these ways, either through pleasure, which makes us seek them, or through suffering, which makes us fear them and seek to avoid them. We even glorify our suffering: ‘Parting is such sweet sorrow’, ‘Our sweetest songs are those that tell of saddest thought’.[4]
It is pointed out that out of these attachments there arise certain feelings. From attachment to people, places and forms, arise futile longings, expectations, sad memories and broken-heartedness, depending upon separations and meetings. From the illusion of the distinction between friend and foe arise anger and bias. Greed, selfishness and ambition result from the illusion of the reality of possessions. The illusion of the personality gives rise to vanity on the one hand and remorse on the other. From the illusion that sensation is real there arise gluttony and lust. These are only examples: ‘The Diagram gives only general hints.’
How do we go about these deprivations or renunciations? First we may realise that the various attachments mentioned are the source of bondage, ignorance and strife. Bondage means being deprived of freedom, including our free will; ignorance is lack of wisdom; strife is the absence of love. It is interesting that at the end of At the Feet of the Master these three — will, wisdom and love — are mentioned as being the qualifications for the Path of Holiness.[5]
Secondly, if we have actually realised the nature of these attachments, we can say, in the words of the Diagram, ‘I am without’ them. Indeed, if we realise their true nature, they will simply drop away, like leaves falling in autumn. We are reminded of the words in The Light of Asia:

If ye lay bound upon the wheel of change,

And no way were of breaking from the chain,

The Heart of boundless Being is a curse,

The Soul of Things fell Pain.

Ye are not bound!

The Soul of Things is sweet.[6]

Let us now turn to the ‘Acquisitions’. They are of three kinds: within ourselves, outside ourselves and linking ourselves and that which is outside.
Love and hate are both attachment, of a positive and of a negative nature respectively. Indifference is attachment to non-attachment, to the avoidance of attachment. If we are without (personal) love, without hate and without indifference, we are without personal attachment and thus without desires. As a result we can see all things clearly and objectively and react appropriately in each individual case with discrimination, while realising that the same inner divinity dwells in all things. This means that we remain calm, unruffled and harmonious. Thus virtue develops spontaneously. ‘Benevolence, sympathy, justice, et cetera, arise from the intuitive identification of the individual with others, although unknown to the personality.’
The opening theme — ‘Conceive of Unity by Expansion in Space and Infinite in Time’ — is taken up and completed by the closing words of the Meditation: ‘The acquisitions are completed by the conception I am all Space and Time.’ Let us remember that this can be said truthfully only when there is perfect implementation of the deprivations and acquisitions. Then it is not the personality which conceives itself as all Space and Time, but the Spiritual Nature which indeed knows itself as one with all.
The text is completed by the words ‘Beyond that . . . (It cannot be said)’. This is the end of the text of the Diagram of Meditation, but perhaps only the beginning of Meditation .What lies beyond is unspeakable and even unthinkable – impossible for the mind to conceive.
‘The rest is silence.’ And in that silence true meditation may take place. 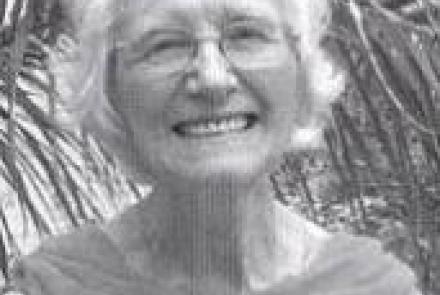