AE in the Irish Theosophist by George William Russell

A Word Upon the Objects of the Theosophical Society

1st:—To form the nucleus of a Universal Brotherhood of Humanity, without distinction of race, creed, sex, caste or color.

2nd:—-To promote the study of Aryan and other Eastern literatures, religions, philosophies and sciences, and demonstrate the importance of that study.

3rd:—-To investigate unexplained laws of nature and the psychic powers latent in man.

Started a little under a quarter of a century ago, in an age grown cold with unbelief and deadened by inexplicable dogmas, the Theosophical Society has found adherents numerous enough to make it widely known, and enthusiastic enough to give it momentum and make it a living force. The proclamation of its triple objects— brotherhood, wisdom and power, acted like a trumpet call, and many came forth to join it, emerging from other conflicts; and out of silence and retirement came many who had grown hopeless but who had still the old feeling at heart.

For the first object no explanation is necessary; but a word or two of comment upon the second and third may help to show how they do not weaken, by turning into other channels, the intellectual energies and will, which might serve to carry out the first. In these old philosophies of the East we find the stimulus to brotherly action which might not be needed in an ideal state, but which is a help to the many, who, born into the world with a coldness of heart as their heritage, still wish to do their duty. Now out duty alters according to our conception of nature, and in the East there has been put forward, by men whom we believe to be the wise and great of the earth, a noble philosophy, a science of life itself, and this, not as a hypothesis, but as truth which is certain, truth which has been verified by eyes which see deeper than ours, and proclaimed by the voices of those who have become the truth they speak of; for as Krishna teaches Arjuna in the Dayanishvari: "on this Path to whatever place one would go that place one's self becomes!" The last word of this wisdom is unity. Underneath all phenomena and surviving all changes, a great principle endures for ever. At the great white dawn of existence, from this principle stream spirit and primordial matter; as they flow away further from their divine source, they become broken up, the one life into countless lives, matter into countless forms, which enshrine these lives; spirit involves itself into matter and matter evolves, acted upon by this informing fire.

These lives wander on through many a cycle's ebb and flow, in separation and sorrow, with sometimes the joy of a momentary meeting. Only by the recognition of that unity, which spiritually is theirs, can they obtain freedom.

It is true in the experience of the race that devotion of any life to universal ends brings to that life a strange subtle richness and strength; by our mood we fasten ourselves into the Eternal; hence these historic utterances, declarations of permanence and a spiritual state of consciousness, which have been the foundation of all great religious movements. Christ says, "I and my Father are one." "Before Abraham was I am." Paul says, "In him we live and move and have our being."

In the sacred books of India it is the claim of many sages that they have recognised "the ancient constant and eternal which perishes not through the body be slain," and there are not wanting to-day men who speak of a similar expansion of their consciousness, out of the gross and material, into more tender, wise and beautiful states of thought and being. Tennyson, in a famous letter published some time ago, mentioned that he had at different times experienced such a mood; the idea of death was laughable; it was not thought, but a state; "the clearest of the clearest, the surest of the surest." It would be easy to do on multiplying instances.

Now in a nature where unity underlies all differences, where soul is bound to soul more than star to star; where if one falters or fails the order of all the rest is changed; the duty of any man who perceives this unity is clear, the call for brotherly action is imperative, selfishness cannot any longer wear the mask of wisdom, for isolation is folly and shuts us out from the eternal verities.

The third object of the society defined as "the study of the psychic powers latent in man" is pursued only by a portion of the members; those who wish to understand more clearly the working of certain laws of nature and who wish to give themselves up more completely to that life in which they live and move and have their being; and the outward expression of the occult life is also brotherhood. 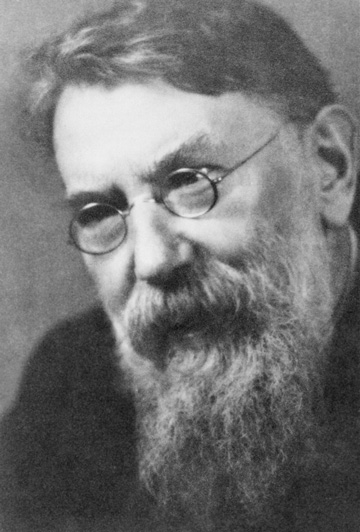