Great value is to be found in this little pamphlet by Mr. Geoffrey Hodson, value in three categories. Firstly, not much information on Kundalini and its inherent awakening power has been openly given to the world, for there are infinite dangers in its misuse and misdirected development. Therefore, this brief treatise affords an interesting introduction to the subject of the nature of the powers underlying true clairvoyance.

Secondly, Mr. Hodson sounds a much needed warning to those who might heedlessly place themselves in danger by attempting to purchase for physical value given and for personal ends, spiritual powers that wise nature has ordained only for those who are prepared beyond revocation to devote those powers, and indeed themselves, irretrievably to the service of mankind.

And thirdly, and beyond all else, this brief paper emphasizes the goal to the attainment of which all powers should he directed. That goal, conscious union with the Supreme, Iies at the end of the road, attainable by effort, on which the first step is utter surrender of the self to the service of others in a recognition of the unity of all men as brothers.

It is as an offering on this road of service, telling of the powers with which he has direct and personal experience, that Mr. Hodson gives this short treatise to the world. 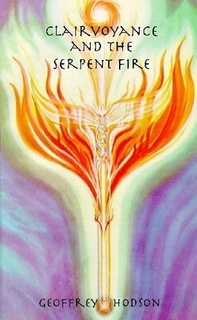