Poems to the Master - MC Bright

Poems to the Master - MC Bright

The authoress of these poems, Mrs. Mary C. A. Bright, a member of the Blavatsky Lodge of the Theosophical Society, Sydney, N. S. W .-has kindly asked me to pen a few words of introduction to this her first published book.

Poems are not yet very plentiful in Theosophical literature. The Theosophical Society was launched fifty years ago to promote knowledge of the occult side of things because it was known to those who founded it that such knowledge would advance human brotherhood, and would in time lift mankind out of the exist ing welter of strife and poverty into a new life of happiness and prosperity.

Those founders were two of the Elder Brothers of humanity - Adepts of the Great White Brotherhood. Such Supermen are also called Masters, because they have become perfect, have completed their long series of human incarnations, have acquired all the knowledge and power possible in the human kingdom of life, and have united those with love for all mankind. They have entered the superhuman kingdom, and stand in their various grades, assisting the evolution of humanity and beckoning the worthy into their ranks.

Exalted members of Their Brotherhood have from time to time incarnated to teach mankind-and so great were They-as the Christ in Palestine, and the Buddha and Shri Krishna in India- that men have sometimes hailed Them as living Gods. In India disciples speak of the Guru or Spiritual Teacher as God; they mean that all that their imagination can clearly picture of high mental, moral and spiritual qualities-and more-are actual in the Teacher, whose glory is visible on the higher planes.iv INTRODUCTION

After fifty years the movement inspired by the Masters has spread in many ways. The effect of its knowledge has gone out into various lines of life- religion, both devotional and ceremonial, science, art and social service. In the field of poetry our authoress desires to give to the world the feeling which that knowledge has brought to her.

All the poems in this book are dedicated to the Masters. Our poetess has cared only to express her devotion in tbe most beautiful words she knows. Some like poetry mentally, for the subtle idea which it may cleverly convey- it is half the form and half the life that they love, these people of the fourth ray. But this book is mainly of the sixth ray; its object is simply to give expression to devotion to the Masters, that it may grow from more to more, and that in its depths the fire of intuition perchance may play. We wish well to her efforts. 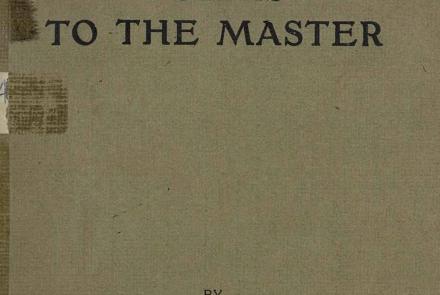