What Should Theosophical Groups Study?

What Should Theosophical Groups Study?

Let us take a moment to consider this question that is often asked by Branches and Study Centres, using a condensed perspective on the subject from John Algeo, past International Vice-President of the Theosophical Society. I consider this a very important topic for us all to consider.

To help answer this question we can look at some of the resolutions of the General Council, the international governing body of the Theosophical Society, along with some common sense.  Over the years the General Council has made various statements, two of which are of special importance. These two, called Freedom of Thought and Freedom of the Society, are complementary and between them address questions of the sort mentioned above. These resolutions are worth considering in detail and paying special attention to.

As the Theosophical Society has spread far and wide over the world, and as members of all religions have become members of it, without surrendering the special dogmas, teachings and beliefs of their respective faiths, it is thought desirable to emphasise the fact that there is no doctrine, no opinion, by whomsoever taught or held, that is in any way binding on any member of the Society, none which any member is not free to accept or reject. Approval of its Three Objects is the sole condition of membership. No teacher or writer, from H.P. Blavatsky onwards, has any authority to impose his or her teachings or opinions on members. Every member has an equal right to follow any teacher or any school of thought which they may choose, but has no right to force this choice on any other. Neither a candidate for any office, nor any voter, can be rendered ineligible to stand or to vote, because of any opinion held, or because of membership in any school of thought to which they may belong. Opinions or beliefs neither bestow privileges nor inflict penalties. The members of the General Council earnestly request every member of the Theosophical Society to maintain, defend and act upon these fundamental principles of the Society, and also fearlessly to exercise the right of liberty of thought and of expression thereof, within the limits of courtesy and consideration for others.

The Freedom of Thought statement is a clear, unambiguous affirmation of the non-dogmatic nature of the Theosophical Society, guaranteeing individuals the right to accept or reject whatever Theosophical (or other) ideas they like and to belong to whatever organisations or schools of thought outside the Society they may wish. Exclusivist organisations and belief systems seek to prohibit their members from affiliating with any other group or being exposed to other ideas; the Theosophical Society is not one of those. On the contrary, the Theosophical Society is firmly committed to the great principle of individual liberty and responsibility. In a world threatened by narrow-minded fundamentalism on many sides, this principle of Freedom of Thought is a precious one.

FREEDOM OF THE SOCIETY

The Theosophical Society, while cooperating with all other bodies whose aims and activities make such cooperation possible, is and must remain an organisation entirely independent of them, not committed to any objects save its own, and intent on developing its own work on the broadest and most inclusive lines, so as to move towards its own goal as indicated in and by the pursuit of those objects and that Divine Wisdom which, in the abstract, is implicit in the title ‘The Theosophical Society’.

Since Universal Brotherhood and the Wisdom are undefined and unlimited, and since there is complete freedom for each and every member of the Society in thought and action, the Society seeks ever to maintain its own distinctive and unique character by remaining free of affiliation or identification with any other organisation.

The Freedom of the Society statement was originally motivated by a desire to affirm the independence of the Society from some then closely related movements such as Co-Freemasonry and the Liberal Catholic Church, which had a considerable overlapping membership with the Society. Its wording, however, is general and clearly applies to linkage of the Society with any other, less closely related organisations or organised systems of thought – however worthy they may be in themselves.

The Theosophical Society, H.P. Blavatsky says in The Key to Theosophy, “was formed to assist in showing to humanity that such a thing as Theosophy exists, and to help them to ascend towards it by studying and assimilating its eternal verities.” Although the Society has no dogma incumbent on its members to accept, it is the repository of an ancient Wisdom Tradition, formulated for our time by H.P. Blavatsky and her successors. In its teaching function, the Society exists to receive, re-articulate and transmit that Tradition.

The Freedom of the Society statement asserts the un-entanglement of the Society with other organisations and affirms its faithfulness to its own purpose of showing that “Theosophy exists.”

These two statements answer clearly the questions about what Theosophical Groups should study. Theosophists, as individuals, have the right to study and practise any system of thought they like. Theosophical groups, as official branches of the Society, have the obligation to study and teach Theosophy.

What does “studying and teaching Theosophy” mean? It involves a dual activity. On the one hand, we should reach out to study and understand from a Theosophical perspective various other cultures, customs and approaches to life. On the other hand, we should deepen our knowledge of the Theosophical tradition and make it known to others.

A particular example may be helpful. Mormonism has some interesting parallels to (as well as some striking differences from) Theosophical thought. A Theosophical group might have to have, as one of its programmes, a comparative and contrastive study of Mormonism from a Theosophical perspective, including perhaps a programme examining Mormonism on its own assumptions in an effort to understand that approach to religion. That could be a fair and appropriate Theosophical study.

However, if instead the group were to devote its time to studying the Book of Mormon, The Pearl of Great Price, Doctrines and Covenants, and other Mormon texts, and to holding Mormon-style religious ceremonies, that group would have ceased to function as a Theosophical group and would have become a proselytising body for Mormonism. The group would then no longer be filling the Theosophical purpose for which it was organised and would, in fact, be violating the Freedom of the Society statement. Individual members who are convinced of the value of Mormonism are free to join a Mormon church or organise their own Mormon study group, but not to convert a Theosophical group into a Mormon one.

Exactly the same thing can be said of a large number of other systems of thought that are much closer to Theosophy, for example, Anthroposophy, the Order of the Golden Dawn, the I Am Movement, the Church Universal and Triumphant, the Bailey literature, Astara, and so on. This is not to say that there is anything wrong with all or any of those systems, but, although they all have roots in Theosophy, none of them is Theosophy. They have their own particular teachings, practices and organisations, to which anyone, under the Freedom of Thought statement is free to adhere, but which should not be confused with the Theosophical tradition, which has “its own distinctive and unique character.”

Local groups quite properly have autonomy in determining what they will study. But if any group wants suggestions, the TSNZ National Section can provide them, including information about resources which exist for the purpose of providing help to individual members and groups for the study of Theosophy “on the broadest and most inclusive lines.” 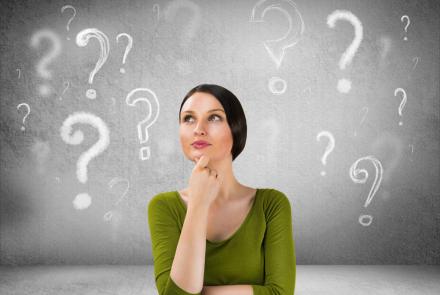