Reincarnation is the theory or belief that human beings are born into the physical body, not just once, but multiple times. In many religions and teachings, it includes being born into animal bodies, but in others, such as in theosophy, only in human forms.

In the latter half of the twentieth century, studies in reincarnation took a new turn when researchers began to actually verify the claims of people (particularly children) who said that they remembered their previous lives. One of the events that triggered this direction was a book entitled The Search for Bridey Murphywritten by Morris Bernstein, about a woman who, under hypnosis, spoke about her past life. The case became controversial after some investigators claimed that it was a hoax, but it was sufficient to arouse the interest of independent researchers to do their own verifications.

The most famous, as well as the most extensive, research done on reincarnation was made by Dr. Ian Stevenson, Chairman of the Department of Psychiatry in the University of Virginia. He investigated more than 2,000 cases of documented claimed memories of previous lives from more than ten countries and built up a remarkable body of evidences that strongly demonstrated not only survival after death but also reincarnation. His essay on his initial researches, The Evidence for Survival from Claimed Memories of Former Incarnations , won the William James Award of the American Society of Psychical Research. The strength of his research lies in the fact that many of his subjects were children whose claims were authenticated by later verification. He has published detailed accounts of these cases in many books, particularly 20 Cases Suggestive of Reincarnation, and a multi-volume work on the details of different cases in different countries.

Stevenson further found additional sources of evidences of reincarnation through xenoglossy (or the knowledge of a language not learned in this life but which was known to the person in a previous remembered life) and birth marks (where the present life exhibit physical evidences of the manner of death of the previous life, such as absence of specific fingers at birth which corresponds to the amputated fingers in the remembered life). He published one case of unlearned language in detail under the title Xenoglossy, and wrote two other books on birthmarks, entitled: Where Reincarnation and Biology Intersect.

Religious and Indigenous Views on Reincarnation

Belief in reincarnation is an ancient one. In the East, it is an integral part of Hindu philosophy and religion, and may be found in the Laws of Manu, Bhagavad Gita, the Upanisads, the Puranas and even in the earliest of the Vedas, the Rig Veda. It is also called Samsara or the cycle of birth and rebirth from which every aspirant seeks release to attain liberation or Moksha. The cause of such return is trishna? or thirst due to attachment to people and things.

Buddhist belief, despite the fact that Buddhism denies the existence of a enduring Self or Atman. The reincarnating entity is composed of Skandhas or aggregates which are manifested from life to life.

African traditional beliefs, we also find reincarnation, such as in the Yoruba and Edo-speaking tribes. The indigenous peoples of Australia and the Pacific Islands similarly hold such beliefs, such as among the Maoris, Tasmanians, Tahitians, Fijians, etc. (The Phoenix Fire Mystery, p. 192)

The earliest Greeks embraced belief in reincarnation. It can even be found in the Orphic myths. Pythagoras included it among his teachings in 6th century BCE. Herodotus (484-425 BCE) speaks of it as part of the Egyptian religion. Socrates and Plato (427-347 BCE) taught reincarnation, such as in his Republic (Book 10) and in the dialogue Meno:

The soul, then, as being immortal, and having been born again many times, and having seen all things that exist, whether in this world or in the world below, has knowledge of them all.

The list is long, and it includes Cicero, Lucretius, Apollonius of Tyana, Plutarch, Plotinus and Neo-Platonists such as Lamblichus and Proclus.

Philo Judaeus (20 BCE - 54 CE), the Jewish philosopher, wrote that "the air is full of souls; those who are nearest to earth descending to be tied to mortal bodies return to other bodies, desiring to live in them" (De Somniis , quoted in Reincarnation: An East-West Anthology, 35).

The Old Testament (Apocrypha) contains verses that imply reincarnation. The following were part of the original King James 1611 translation of the Bible (Appendix). In the Wisdom of Solomon, it states:

Then in Ecclesiasticus or Book of Sirach:

8: Woe be unto you, ungodly men, which have forsaken the law of the most high God! for if ye increase, it shall be to your destruction:

9: And if ye be born, ye shall be born to a curse: and if ye die, a curse shall be your portion.

These portions are however somewhat differently translated in later versions such as in the New American Bible.

Christianity. During the time of Jesus, the doctrine of reincarnation was apparently a common belief. Thus, when Jesus asked who the people think he was, the disciples told him that "Some say that thou art John the Baptist; some, Elias; and others, Jeremias, or one of the prophets" (Mt 16:14) an evident indication that reincarnation was commonly accepted. The response of Jesus to this report was even more revealing:

Verily I say unto you, Among them that are born of women there hath not risen a greater than John the Baptist . . . And if ye will receive it, this is Elias, which was for to come. (Mt 11:11, 14)

By the third century, however, the Christian world had became sharply divided in its views not only on the matter of reincarnation but on many other crucial issues, such as whether there were secret teachings of Jesus, or whether Jesus was God or man. When matters came to a crisis, councils were convened and resolved by votation. In the year 543, at the Council of Constantinople convened by the Emperor Justinian (and with the protestation of the reigning Pope Vigilius), Origen's view of the pre-existence of the soul was declared anathema.

It re-emerged powerfully in certain Christian sects in the 10th century, namely, the Cathars, Albigenses, Waldenses and Bomogils. These were violently suppressed by the inquisition and many adherents were burned at stake. They were finally obliterated in the 14th century.

Islam. Orthodox Islam does not endorse reincarnation as a doctrine, but Sufis, the mystics of Islam, do. It is called tanasukh in Arabic. The most famous statement of the evolutionary role of reincarnation was made by the Sufi mystic Rumi:

I died as mineral and became a plant,
I died as plant and rose to animal,
I died as animal and I was Man.
Why should I fear? When was I less by dying?
Yet once more I shall die as Man, to soar
With angels blest; but even from angelhood
I must pass on.
What Eminent People Say of Reincarnation

The soul comes from without into the human body, as into a temporary abode, and it goes out of it anew it passes into other habitations, for the soul is immortal. It is the secret of the world that all things subsist and do not die, but only retire a little from sight and afterwards return again. Nothing is dead; men feign themselves dead, and endure mock funerals... and there they stand looking out of the window, sound and well, in some strange new disguise.

Reincarnation contains a most comforting explanation of reality by means of which Indian thought surmounts difficulties which baffle the thinkers of Europe.

My life often seemed to me like a story that has no beginning and no end. I had the feeling that I was an historical fragment, an excerpt for which the preceding and succeeding text was missing. I could well imagine that I might have lived in former centuries and there encountered questions I was not yet able to answer; that I had been born again because I had not fulfilled the task given to me. 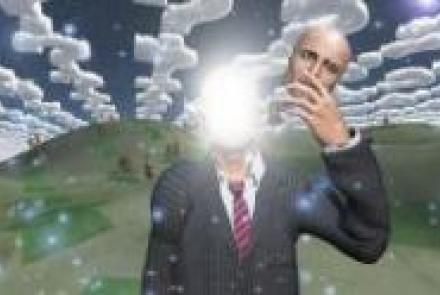