Neither Mars nor Mercury belong to the Earth-Chain of Globes

Neither Mars nor Mercury belong to the Earth-Chain of Globes

They are, along with the other planets, septenary units in the great host of “chains.”

In the June Path there was printed a review of a pamphlet issued by the London Lodge T.S., and this magazine may perhaps be construed as committed to an approval of everything contained in the pamphlet, although the private initials of the reviewer were annexed to the remarks. The pamphlet referred to brings up an old dispute which we had thought was settled by what is found in The Secret Doctrine,

Vol. I, running from page 162 to 168. “Gratification of curiosity is the end of knowledge for some men,” wrote Blavatsky’s teacher, and this curiosity led to a question being put some years ago to the Adepts, who furnished the main body of Esoteric Buddhism and all the important matter in The Secret Doctrine, in respect to other visible globes. The author of Esoteric Buddhism then construed the reply to mean that Mars and Mercury are two of the seven planets of the earth-chain of globes. Blavatsky, the only person in actual and constant communication with the Masters, corrected the mistake — made by Mr. Sinnett — in the pages of The Secret Doctrine [Vol. I] to which I have referred, saying on page 164:
But neither Mars nor Mercury belong to our chain. They are, along with the other planets, septenary Units in the great host of “chains,” and all are as visible as their upper globes are invisible.

Her correction of the misconception was made upon the written authority of the same Masters who sent through her the letters on which Esoteric Buddhism was written.

On the ground of authority in respect to this question, about which none of the Theosophical writers have any information independent of what the Masters have written, we must conclude that the statement in The Secret Doctrine is final. If no other point were involved, there would be no necessity for going further with the matter, but as the consistency of the entire philosophy is involved, it is necessary to advert again to this subject.

The two Masters who had to do with Esoteric Buddhism and The Secret Doctrine have distinctly said:
First, that none of the other globes of the earth-chain are visible from its surface; Second, that various planets are visible in the sky to us because they are in their turn fourth-plane planets, representing to our sight their own septenary chains; Third, that the six companion globes of the earth are united with it in one mass, but differ from it as to class of substance;
Fourth, that Mr. Sinnett misunderstood them when he thought they meant to say that Mars and Mercury were two of the six fellow globes of the earth — and this correction they make most positively in The Secret Doctrine;
Lastly, they have said that the entire philosophy is one of correspondences, and must be so viewed in every part.

We do not understand that Mr. Sinnett has said that H.P. Blavatsky was not reporting the Masters when she wrote the above in The Secret Doctrine, or that the Masters have denied that they hold the above views.

In our sevenfold constitution the body represents the Earth in her septenary chain, but we cannot see objectively any other of our principles, let alone the principles of other planetary bodies, unless they are on the same plane of development as our Earth is now.

If we admit that Mars and Mercury are two visible planets of the seven-fold chain belonging to the earth, then the consistency of the philosophy is destroyed, for as it is with planets, so it is with man. Every planet, considered for the moment as an individual, is to be analysed in the same way as a single human being subject to the same laws in the same way. Hence, if two of the principles of the earth are visible, that is, Mars and Mercury, then why is it that two of man’s seven principles are not visible, in addition to his body? In his sevenfold constitution his body represents the earth in her septenary chain, but he cannot see objectively any other of his principles. The philosophy must be consistent throughout. If it is inconsistent at one point it fails at every other. The same Masters, who have communicated through Blavatsky with Mr. Sinnett for the purpose of having Esoteric Buddhism written, have over and over again positively stated that the law of correspondence rules throughout in this philosophy.

If we assume with the writer of the pamphlet referred to that Mars and Mercury are two out of the whole seven of which the earth is a third, then the question arises,
To what principle do these two planets, Mars and Mercury, correspond?
— for they must correspond to either prāna, kāma, astral body, Manas, Buddhi, or Ātman. Any attempt at an answer to this question will show the confusion in the assumption; for it is admitted that Mars is in obscuration, and the natural question then would be,
Which of the Earth’s principles is correspondingly in obscuration?
In attempting to answer this from the assumption started with, we have the statement that Mars is the planet we have last been in, hence it must represent a disused faculty or principle, and not one which we are about to develop. As Manas is the next principle to be fully developed, it would follow that Mars does not represent it, and hence the whole matter falls into confusion, because the first four principles have been already developed and are not in disuse. Following this on the false assumption, then Mars would represent an eighth principle.

Mars is in a state of obscuration at the present time, as stated by the Masters and Blavatsky. This is because, in that chain of development, the Egos have finished their fourth round, or because the fourth round has not yet commenced, except in respect to the planet itself as a place of habitation, the Egos having passed on to the next globe of that chain, quite as invisible from the surface of Mars as our next globe in order is invisible from our surface. The same may be said for Mercury, except in respect to obscuration, since the information vouchsafed about it declares that it is beginning to get out of the obscuration caused by the absence of Egos.

It is neither necessary nor allowed for us to know the relation between Mars, Mercury, and the Earth, nor to know whether Mars and Mercury are in any particular state.

A reference to the pages of The Secret Doctrine referred to above will be found helpful on this point. It is also stated in Vol. I, pp. 163-64, on the authority of the Masters, that:
No companion planets from A to Z, i.e., no upper globes of any chain in the Solar System, can be seen. As to Mars, Mercury, and the “four other planets,” they bear a relation to Earth of which no master or high Occultist will ever speak, much less explain the nature.

Furthermore, one of the Masters wrote to the author of Esoteric Buddhism in respect to this matter, stating:
. . . try to understand that you are putting to me questions pertaining to the highest initiations. That I can give you a general view, but that I dare not nor will I enter upon details . . .

It is not necessary for us to know the relation between Mars, Mercury, and the Earth, especially, nor to know whether Mars and Mercury are in any particular state; all that is necessary is to know, do they belong or not to our chain? And that they do not has been distinctly stated, both from the position of authority and upon the ground of consistent philosophy. Upon authority, because in no other way can we solve this riddle; upon philosophy to show the reasonableness of the authoritative statement. All such difficulties can be solved by remembering and working upon the law that, as it is in respect to man and his principles or vehicles, so it is in respect to any planet whatever. 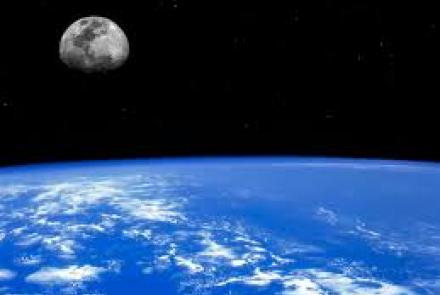