“True Occultism or Theosophy is the ‘Great Renunciation of the self,’ unconditionally and absolutely, in thought as in action.” All the manifestations of the separative self, whether they are intensive and obvious, subtle or dormant, cloud the understanding and intelligence. At their worst, they completely distort the view, making the individual see his environment in terms of his own ambition, pride or envy. At their mildest, they still bar the gates of perception into the hidden meaning, splendor and beauty which is the heart of existence, concealed in the very being of all, both in the animate and the inanimate. Only when the taint of selfhood is completely washed away does Wisdom bloom in all its perfection, and that which was secret before becomes as the light of day …

Religion, from the Theosophical point of view, commences with the denuding of the mind of its favored thoughts and conditioning and allowing it to come into contact with what is of universal and fundamental significance. The impact of the Society on world conditions would be outstanding if its worldwide membership were composed of true altruists, a body exemplifying brotherhood, men and women seeking Wisdom and leading the life necessary to widen the horizons of the mind and obtain insight into truth. It is those who are drawn towards such objectives who are worthy candidates for membership.”

"One view of the work of the T.S. is to start from the outside: let us try to increase the membership engage in high-level publicity. It is worth recalling what Sri Ram said: Suppose publicity brings a million members who are self-interested, it will do more harm than good. A million people organized together will be much worse than if they were on their own. It is better to start from within. If we are clear about the work and follow the right methods, then the other things will take their proper place. We will find right means, in proper proportion, of letting people know about this work. Krishnamurti remarked: “If the honey is there, the bees will come.” The question is, do we have the honey?"

Since regeneration is the purpose of the Society, the nature of the work must encourage awareness of what we are doing and thinking, of our prejudices, our hidden dislikes and desires. The mind must become more sensitive, perceptive and intelligent, and sense the inner nature of life, its meaning and beauty. Regeneration involves this qualitative change of consciousness, so we should make a serious effort not to turn Theosophy into a subject like any other taught in a college.

“It is easier to say what the Theosophical Society is not, rather than what it is, because the Society has a character which is a synthesis of a number of different elements. Its aim is to bring about the uplift of the human being at all levels — physical, cultural, moral, intellectual, spiritual — and its work has to do with many aspects of life. But it is not limited to one aspect or level of human existence and activity.”

The Essential Work of The Theosophical Society

The Theosophical Society’s duty is to ensure that what people receive, regardless of their level, is indeed the light of Wisdom, which is the understanding that makes for progress towards greater righteousness, inner freedom, and the sense of non-separateness.

Theosophy is for Everyone

“I think the Middle Way—that freedom from drawing conclusions—is really the way of the Theosophist. All belief is a conclusion, especially religious belief. We do not know anything about the higher truths as we are still only at the beginning of the way. Belief is the most pernicious form of coming to conclusions and in the Theosophical Society, belief is not encouraged. Taking Buddhist vows or doing something external may have their place, but listening, study, meditation, reflection—those should become part of our way of life; then we would be truly treading the Middle Path.”

“There is another point: the language we use. Truth is ageless, but the idiom in which it is presented must be suitable for the time. We must try to find what idiom is meaningful to the present generation and will be so to the coming generation. What are the problems with which this and the immediate future generation are confronted? Most people are not interested in improvement of the condition of humanity. They are concerned with the problems that affect them personally. They want some kind of help and understanding. How do our discussions and research enable us to find an answer to these problems? We may not find final answers, but it Is important to give our attention to this. If we merely talk about some abstraction, then they wonder what use it is for them to come to the T.S. The Buddha, tradition reports, was asked metaphysical questions which he refused to answer. When he was questioned further as to his silence, he said: Suppose an arrow has pierced your flesh, what would you do? Discuss from what wood it is made, with what velocity it flew? Or would you be interested in how to remove it and heal the wound? This healing is our concern.”

“Rightness in living is not so much a question of goals, of rules, of discipline, as of becoming aware, to some extent at least, of the very nature of existence. This may be why one of the Elder Brethren said that Theosophy is the study of the relationship between the mortal and the immortal, the finite and the infinite, the transitory and the eternal.”

“The true teacher is one who tries to evoke, as the Buddha did, the spiritual intelligence of the student. He says: “You should find out things for yourself. I will give suggestions, point out the direction. But you must tread the way.” Such teachers, whether they are members of the Theosophical Society or not, belong to the Theosophical “community.” From a Theosophical point of view, only pseudo gurus say: “You do not have to change yourself, all that you have to do is to believe me,” or even worse, “I will touch your forehead and you will be transported to a transcendental sphere.”

“Theosophy is not a matter of having ideas about brotherhood, reincarnation or karma. All these ideas become stale, achieve nothing, and decay when communicated. The concept of brotherhood is based on the truth of unbreakable harmony, the music of the eternal energy we spoke about. That harmony cannot be heard by a self-enclosed mind full of its own noise. Something must break down in that mind. The scientist Yukawa noted that prior to creativity there must be a struggle within oneself, a breaking down of the egotistic composition of the mind. When the mind is open, free, perceptive, it sees brotherhood as a truth.”

“One of the important things in the spiritual life is to abandon the concept of oneself. This is very difficult. It based first if all on the physical body. But that is not of importance, being a temporary thing. But what am I really? To discover this is part of our work as members of the Theosophical Society.”

On the Watchtower, The Theosophist May 2008

Spiritual teachers have referred to the ancient wisdom as an inexhaustible well with life-giving waters. All who are interested will draw from it a thimbleful or a large tankful, according to their capacity. Those who are yet at the stage where they can make use of only a little are entitled to the water as much as those who take more. All will find refreshment and strength to take a further step, it matters not how slowly or rapidly.

Theosophy is for Everyone

If study does not lead to the purity of selflessness, there is no real learning.

Gentle Thoughts and a Gentle World (article on theosophy world) 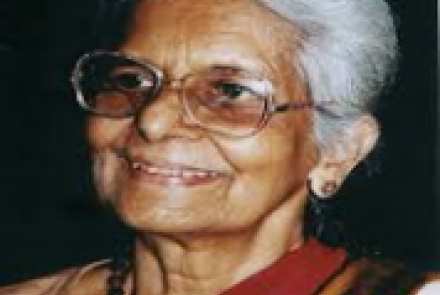