Though united by growth (co-adunition), they are not of the same dense substance (consubstantiality) as our Earth. They represent different states of consciousness.

Although H.P. Blavatsky gave out to several of those who met her during the period from 1875 to 1878 the very same teachings in respect to the nature of man and of the “worlds” he evolves in as were afterwards publicly expounded in Esoteric Buddhism by Mr. Sinnett upon letters received by him through her from her Teachers, the credit of thus publishing those teachings, if such credit is desired, must be granted to that author. But at the time he began his publications, we who had known the doctrines so many years before wrote to Blavatsky complaining that the method adopted would lead to confusion on the one hand and to a materializing of the doctrines on the other, while, of course, no objection was made in general to the divulgement of what at a prior date had been given us in confidence, for he could not and would not have given the teachings to the public at all unless he had been permitted to do so. And after all these years the confusion to which our letters adverted has arisen among Theosophists, while there has been an apparent lack of attempt to clear it away. In respect to the “Earth Chain of Globes,” the materializing of the doctrine and the confusion in the minds of students have been greater than in regard to any other of the teachings. This cloudiness I will now attempt to dissipate, if possible, with the help of some of Blavatsky’s own words in her book, the time having arrived and permission being granted, and access being also had to certain plain statements thereupon from the original sources.

In Esoteric Buddhism, we find in reference to the “Chain of Globes”: Separated as these are in regard to the grossly mechanical matter of which they consist, they are closely and intimately bound together by subtle currents and forces. . . . It is along these subtle currents that the life elements pass from world to world. . . . The most ethereal of the whole series. . . . As it passes from world Z back again to world A.

Then follows, for illustrative purposes, the figure of a series of tubs to represent the various globes of the whole series, one filling up from the overflow out of the preceding tub. Further, that the life wave reaches Globe A or B, and so on. All this, in the absence of other explanations, and naturally consequent upon modern habits of thought, has fixed the idea in minds of many that the seven globes through which the evolution of man is carried on are in fact separated from each other; that they have between each other spaces along which currents flow to and from; and although the illustration of the series of tubs might be very well used for even the most metaphysical of problems, it had the effect of additionally deepening the idea of the actual separation from each other of the seven “globes.” It has been thought that they were as much apart from each as any visible planet, although connected by “subtle currents and forces.”

But the fact is otherwise. The seven globes of earth’s chain are not separated at all, and are interblended and mixed with each other. To make it clearer, if we were to develop inner sight so as to perceive on the plane of the next globe, the fifth, it would not appear as a definite ball in the sky or space. Whether it be smaller or larger than this earth — a fact not yet cleared up — it would be seen to possess the earth as the earth holds it.

It may be asked, Why was this not told in the beginning? Because it was useless to tell, no one being at hand to understand it; and also because if insisted on and it was not of enough importance to require insistence the consequence might have been that even Mr. Sinnett would not have published his invaluable and extremely useful book. He confessed in that work that the doctrines propounded were new to him, and seemingly opposed to modern ideas of nature. In great part this was true, though there were very many who did not find them new but who were not sufficient in number to risk then an insistence on a point that might too far violate the materialistic conceptions prevalent.

Since then, however, times have altered, and a large and daily increasing number of minds are ready for the destruction of the idea contained in these words from the above quotation: “Separated as these are in regard to the grossly mechanical matter of which they are composed.” Strike out this statement, and the rest of the explanation can be construed to agree with the facts as laid down by those who inspired the book.

The globes of the earth-chain are not “separated in regard to the grossly mechanical particles,” but their particles are interblended. When we pass on to the plane of life which Globe 5 or E represents, it will be and appear to our then senses as gross, while the particles of this one will not be visible although still interblended with the other. It was to this very sentence that we objected in 1875, because it contains the statement of a fallacy growing out of materialistic conception.

On this very subject the teachers of H.P. Blavatsky wrote:
Were psychic and spiritual teachings more fully understood, it would become next to impossible to even imagine such an incongruity. . . . In short, as Globes, they are in CO-ADUNITION but not in CONSUBSTANTIALITY WITH OUR EARTH, and thus pertain to quite another state of consciousness.

This should be clear enough, and, as if to draw special attention to it, the very words which give the correct doctrine about our “fellow globes” were printed in capital letters. “Consubstantiality” means the state of being the same substance. This is negatived in respect to the globes; but it is asserted that they, being of different substances, are united in one mass, for such is the meaning of “co-adunition.” If this be the case, as must be on the original authority, it then follows that the . . . seven globes of earth’s chain, while differing from each other as to what is commonly called substance, are united together in a single mass.

And when one is asked to shake off the dense veil of matter which beclouds the sight so as to perceive another of the globes, it is by no means meant that the companion globe, or globes as the case may be, would be seen rolling in space all by itself: and this is from another explanatory letter from the first authority. In the paragraph from The Secret Doctrine attention is called to the fact that just because the seven globes are in co-adunition but not in consubstantiality with each other they pertain to a state of consciousness quite other than that we are compelled to be in now.

As Blavatsky used a diagram in which the globes are set down as separated, it only requires to be remembered that the system could not, on a flat surface by mere lines, be illustrated in any other way and be at all clear. Besides, all the diagrams and illustrations must be construed with the quotation on page 166 in view, as well as the numerous pages of similar explanations.

Every student should make inquiry of himself to see what his ideas are on this subject, and revise them if they are found not to be in accord with what was so clearly explained in the words above quoted. For this lies at the root of many other difficulties. Materialistic conceptions on this will lead to materializing, localizing, and separating of states such as Devachan, and to perhaps dogmas about places that do not exist, when states of consciousness should be dwelt upon. For, as was written in a letter quoted by Blavatsky:

Unless less trouble is taken to reconcile the irreconcilable — that is to say, the metaphysical and spiritual sciences with physical or natural philosophy, “natural” being a synonym to them [men of science] of that matter which falls under the perception of their corporeal senses — no progress can be really achieved. And on page 169 of Vol. I of The Secret Doctrine is a sentence not printed as a quotation, but which is really one from one of the same teacher’s letters, reading:

To be fully realized [the evolution of the monads on the globes] both this process and that of the birth of the globes must be examined far more from their metaphysical aspect than from what one might call a statistical standpoint.

Although the Lodge has declared through the mouth of H.P. Blavatsky that the complete truth on these matters is the heritage of future generations, yet we who are working in the movement now, believing in reincarnation and knowing the force of Karmic tendencies, must not forget that we are destined to return in future years once more to the same work. We should therefore study the pure spiritual, psychic, and metaphysical aspects of the doctrines, leaving disputes with the changing science of the day to those who are amused by it. For those disputes are wholly unimportant, since they will all pass away; but the spirit of truth will not pass, nor shall we who endeavour to find her and to understand what she says to us. 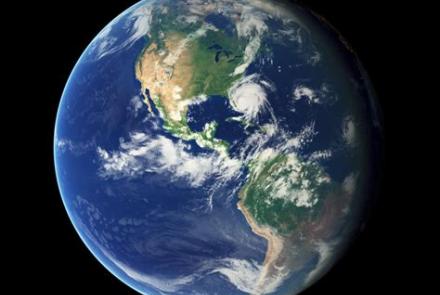