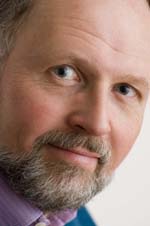 One of the most basic and yet most elusive teachings of Theosophy is that consciousness is everywhere. Everything in the Universe, through all its kingdoms, is conscious: i.e., endowed with a consciousness of its own kind and on its own plane of perception. . . . There is no such thing as either dead or blind matter, as there is no Blind or Unconscious Law.(Secret Doctrine, I, 274).

The circle can be difficult to break. Yet if consciousness is to be placed at the center of existence, it behooves us to say in clear terms what it is. Let me propose an extremely simple but, I believe, extremely fertile definition: consciousness is that which relates self to other. In terms of human cognition, this seems obvious. The sense of a self, an I present hereversus an other present there, is central to the concept of consciousness. Knowing that I am present in my study, sitting at a desk in front of a computer, is essential to my being conscious here and now. If I were utterly oblivious to these things, I could not be said to be conscious at all, as, for example, during a state of dreamless sleep.

As soon as we've said this much, we realize that consciousness admits any number of degrees. When you're dreaming, you are not aware of the physical world, but some awareness still remains: there is the self that is a character in the dream, set off against other characters and settings and objects that also appear. This is not waking consciousness, but still it is consciousness of a kind. If we go further into dreamless sleep, there is apparently no consciousness at all and yet below the surface the distinction of self and other does remain. After all, one of the most universally prescribed remedies for illness is sleep. Sleep, even and perhaps especially in its dreamless form, helps the self of the body fight off the other of the pathogens.

We can go further still. Anyone with even the slightest experience of animals knows that they too are capable of relating self and other. Dogs and cats cannot reason except in the most rudimentary sense, and yet they have emotional lives that are enough like our own to be more or less understandable. Can we, then, say they are conscious, not as we are, but conscious nonetheless? Or should we say, with René Descartes, that they are mere automata? Not many thinkers have wanted to agree with the great philosopher on this point. What about more primitive creatures, going down as far as plants and even protozoans? We may be fairly sure that they don't engage in Cartesian introspections, but their fierce attachment to life, to perpetuating their own existence, indicates that they too have some sense of themselves over and against an external world.

Like so many of the discoveries of the past few centuries, this insight would seem to erode the human sense of uniqueness and privilege in being the sole possessor of the magnificent gift called consciousness, but it has its consolations. The problem of human consciousness becomes less confounding if we see it not as something sprung mysteriously out of nowhere but as rather a stage on a continuum. Moreover, if it is taken to heart, this outlook may even help mitigate the feeling of isolation and separation from the natural world that is the unhappy side-effect of our arrogant sense of uniqueness.

Where, then, do we draw the line? At inanimate things? That apparently inanimate objects contain a rudimentary form of consciousness has long been known to esoteric thought. It appears elsewhere as well, sometimes in unexpected places. Here is an excerpt from an 1890 interview with Thomas Edison by the American writer George Parsons Lathrop:

I do not believe, [Edison] said, that matter is inert, acted upon by an outside force. To me it seems that every atom is possessed by a certain amount of primitive intelligence. Look at the thousand of ways in which atoms of hydrogen combine with those of other elements, forming the most diverse substances. Do you mean to say that they do this without intelligence? . . . Gathered together in certain forms, the atoms constitute animals of the lower orders. Finally they combine in man, who represents the total intelligence of all the atoms.

But where does this intelligence come from originally I asked.

From some power greater than ourselves.

Restating the point, we could say that a hydrogen atom knows how to recognize an oxygen atom and, under certain circumstances, how to combine with it to form water. It can perceive and relate to something outside of itself; it is, in a very rudimentary sense, conscious. If the atom could not, as it were, take a stance in the physical world and draw some kind of line between itself and what is not itself, it could not exist. Perhaps this is the secret of those tenuous submolecular particles about which today's physics speculates so imaginatively. They seem to flash in and out of existence, or, in certain instances, not to exist at all unless they are observed. It is as if their sense of themselves is so frail and ambiguous that it takes an external perceiver to bring them into being, much as the eighteenth-century Anglo-Irish bishop and philosopher George Berkeley claimed that the universe would vanish if God were not there to perceive it.

In the language of The Secret Doctrine, every external motion, act, gesture, whether voluntary or mechanical, organic or mental, is produced and preceded by internal feeling or emotion, will or volition, and thought or mind (Secret Doctrine, I, 274). We could say that even before any motion or act is possible, there must be a sense of self and other that underlies and is prior to it.

None of this, by the way, presupposes a particular worldview Newtonian, Einsteinian, or for that matter esoteric. After all, to speak of an object of any kind is to delineate it from the background of the rest of the world, to set it off as itselfand not something other. And if things are to exist objectively and not merely as subjective impressions in someone's head, they must stake out their own place in relation to the universe. That is, they must take a stance as self as opposed to the other that constitutes the rest of reality. So they are endowed with consciousness, however unlike our own it may be.

If we see consciousness in this way, many of the conceptual difficulties that appear to surround it begin to diminish. Consciousness is now revealed as being present anywhere and everywhere in the universe; our own consciousness is simply one particular and not necessarily privileged form of it.

These forces have been given many names in various esoteric traditions. The Hindu Samkhya, the most ancient of all known philosophical system refers to self or us as purusha; the other, the world, is known as prakriti. These are the forces that make us up; without them we would not be what we are; we would not exist.

These observations lead to another: nothing in manifest existence is absolutely a self or an other. They are merely matters of perspective. As H. P. Blavatsky puts it, these forces are the two poles of the same homogeneous substance, the root-principle of the universe (Secret Doctrine, I, 247). A hydrogen atom has some consciousness in being able to recognize an atom of oxygen and interact with it under certain circumstances to form water and other compounds. From its point of view, it is a self and the oxygen atom is the other. To the oxygen atom, exactly the opposite is the case: it is the hydrogen atom that is other, just as I am other to you and you are other to me. This fact indicates that the relation between self and other, between spirit and the world outside, is a constant, dynamic interplay for all entities at all levels of scale and complexity.

As a metaphor, you might think of the game known as Othello or Reversal, which uses disks that are black on one side and white on the other. Each player takes turns setting them down on a grid, and the player who has more disks of his own color on the board at the end of the game wins. If, say, you are the black player and you manage to cap a line of white disks with your own black disks at both ends, the whole line of white disks flip over to black. Thus in the course of the game, whole lines of disks flip from white to black and back again. This process gives a hint of the ever-shifting reversal of self and other that prevails in the universe at all levels.

This sense of self versus other in ourselves is subtler and more profound than we may often imagine, and if we investigate it, it can lead to some striking insights. Consider your own experience now. Most likely you are not aware of yourself, except in a vague background sense. But if you bring your attention to it, you can feel yourself as an â€œIâ€ having experiences. Many of these are sensory: this room, this chair, this book. You can go still deeper. You can be aware of your thoughts and feelings as they pass over the screen of your awareness (which is generally easier to do if you close your eyes). If you can be aware of even these most private and intimate thoughts as somehow other, then where is the other? Who or what is it? It has no attributes as such, no qualities; it simply sees. Hence the Hindu sage Sri Ramana Maharshi said that the question "Who am I?" taken far enough back, will lead to enlightenment.

This article is adapted from Richard Smoley's book The Dice Game of Shiva: How Consciousness Creates the Universe (New World Library). Copyright © 2009 by Richard Smoley. 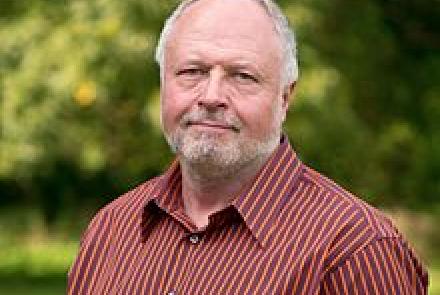