What is the TS View on Homosexuality

What is the TS View on Homosexuality

The Theosophical Society, as far as I am aware, has no view on this subject, however it is one worth exploring and I present some ideas below in this direction.

Definition: “Homosexuality, sexual interest in and attraction to members of one’s own sex. The term ‘gay’ is frequently used as a synonym for homosexual; female homosexuality is often referred to as lesbianism.”i

Same-sex marriages are one of the challenges that society is facing at the moment. New Zealand now allows civil union between couples of the same sex, although there is still intolerance towards this from some religious communities. Couples of the same sex, who have made a commitment to each other, can now join in a marriage that is acknowledged by law. Many countries around the world are following this same trend, where they are acknowledging that two people of the same sex have the same rights as people of the opposite sex to make a commitment to each other in marriage and to acknowledge that commitment through a civil union.

The world is constantly evolving and as part of this process we are constantly being challenged to work through social, cultural, religious and personal barriers. In Theosophy, we often refer to this as our conditioning, our ‘filters’ through which we perceive reality. The issue of homosexuality is confronting us head-on at the moment and how we deal with it is a reflection of our beliefs.

I ask myself: “When two people love each other is that wrong if they are of the same sex?” For me, love is a universal value. Anyone who has experienced love knows it has no barriers, although it does have boundaries. At its highest source it is an experience of the divine unity, the connectedness that we all are seeking to experience.

Theosophy teaches us that the Soul is that which is evolving and growing through our various human incarnations. Our Soul over a numberless series of incarnations builds a great storehouse of tendencies developed over these lives. These tendencies form the building blocks of future incarnations (physical, emotional and mental patterns). This includes the way we perceive things mentally and how we express ourselves emotionally, giving us qualities such as anger or its opposite, calm patience. These tendencies are sometimes referred to as karma (the law of cause and effect), which effectively draw together people who have developed mutual tendencies based on causes in past lives, now coming together like magnets, so each can come to understand the respective lessons required to be understood in this life.

Theosophy posits that the Soul is sexless. This Soul resides in an awareness that transcends the polarity of mind. The Soul does experience the essence of life through human incarnations, through the unique experience of male and female bodies. In each incarnation we create a vehicle suitable for the experiences and tendencies we have chosen to work with in that human life, either a male body or a female body being better suited for this.

The real journey and growth happens at the level of the pilgrim, the Soul. The body dies after each life and its experiences are assimilated as part of the transformative death process into the Soul, and thus the Soul evolves.

Now coming back to our subject, of people in same sex relationships, then a questioner might ask: “What is the bigger picture of what is happening here?”

Let’s look at the wider picture of why two people form a relationship. It is quite probable that people who are in a relationship are there because of past tendencies, experiences, or the result of karma. They have ‘stuff’ to work out which has brought them together. This ‘stuff’ is neither good nor bad; it is simply something that has to be learned and understood by the Soul on its evolutionary journey. This might be an opportunity for the Souls to learn and dissolve tendencies or unwind a past karmic cause, or it could be that they have chosen to come and work on challenging the social or religious issues of the time.

Those of us who criticise homosexuals often do so from our personal perspectives that are based on our conditioning, be it religious, cultural, etc. We do not see the bigger picture of what is happening here. We do not see why these people have come together. Such views are narrow or divisive as opposed to wider, more compassionate or inclusive views.

In taking such a wide view of this topic there is an inclusiveness that is more understanding towards all human beings. A beautiful quote from the Master M says: “The sun of Theosophy must shine for all, not for a part.”ii

It is important that we do not discriminate between sexes, be it same-sex relationships or opposite-sex ones. Keeping the wider perspective in view helps to prevent this.

This is not a complete view of every aspect of homosexuality. We have explored one aspect here and tried to look at what is happening from a wider perspective, taking into account our truer nature, that of the soul, with an understanding gained through theosophical study. We can look at all the challenges in life from such a wider view and gain tremendous insight.

John Vorstermans, National President of the Theosophical Society in New Zealand, looks at questions from a theosophical point of view in today’s world. Published in TheoSopia (New Zealand), September 2015. 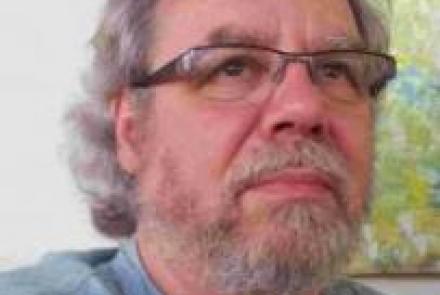